In Savannah, where cobblestone streets and quaint country squares are shaded by towering oaks festooned by Spanish moss,

...there’s an ambiance of warmth and hospitality.

But as one of America’s most haunted cities, there is another side to this charming southern destination. It is this darker, more mysterious side that draws paranormal enthusiasts from all corners of the world.

Here, historic homes that date back centuries frame the country squares – each one with a rich and fascinating past. They are where well-known Savannah families lived, children grew up and they made significant impact on the growth of the city. These beautiful Georgia mansions show the magnificent architectural styles of the past and hold the stories of their inhabitants, many of which are mixed with joy and tragedy. These historic homes are now Savannah museums, welcoming hundreds of visitors everyday. It’s believed that nearly every historic building has spirits that linger within; and The Andrew Low House is no exception.

A Man of Business and Family

Andrew Low came to Savannah in the late 1820s and immediately started importing and exporting cotton. It wasn’t long before he was reaping the rewards of his success; and by 1847 he was not only one of the city’s wealthiest businessmen, he was married and had two daughters and a son.

To build his magnificent family home, he commissioned renowned architect John Norris. The home was to be stylish, grand and big enough to provide enough space to raise his family and the many guests he and his wife planned on entertaining.

But tragedy struck, killing Low’s wife and young son before they could move into their dream home and devastating the young father and his two daughters.

Low and the girls moved into the house anyway, and five years later, Andrew Low remarried. Soon he had two more children, including his son William Mackey Low, who would grow up to marry Juliette Gordon, the founder of the Girl Scouts of America.

A Dream Home at Last

Low and his second wife would host many parties in the lovely mansion with prestigious guests including General Robert E. Lee who was a personal friend of the wealthy businessman. It was a warm, family home where Low’s children grew up and where his son William and his wife Juliette Gordon Low eventually lived out their lives together. And today, at first glance, it may appear to be just another historic Georgian mansion on the picturesque Lafayette Square.

But to those who know a bit about the paranormal, the Andrew Low House is much more than another museum showcasing Savannah’s history – it’s home to many spirits who have yet to cross over to the other realm. 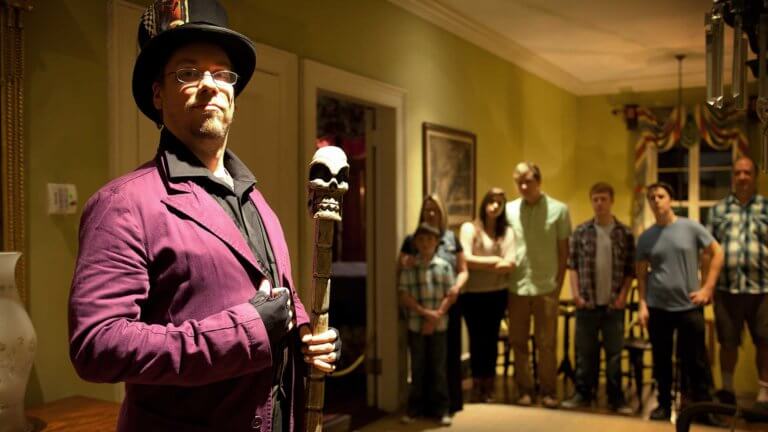 The Ghosts That Haunt

To those who have encountered Tom, the Low’s butler, he is a friendly spirit who is said to still be performing his duties at the Low house. Although he’s been deceased for many years, his disembodied footsteps can be heard often by staff members and some report seeing an apparition of an older man dressed in period clothing standing at the top of the staircase.

The Lady on the Bed

Guests and house staff members have reported seeing an older woman lying on the bed in one of the house’s bedrooms. While no one has ever confirmed who it is, many believe it to be Juliette Gordon Low lying on her deathbed as she died in the house on July 27, 1927.

While many haunted houses have cold spots or areas where a cool wind seems to blow with no explanation, the Andrew Low House has record of other mysterious events occurring. One occurrence in particular is the aroma of a sweet perfume that is evident throughout different areas of the house.

While scents alone aren’t proof of a spirit, staff members attest that the aroma they smell belongs to no one in this world and believe it is the sweet scent of the second Mrs. Low’s favorite perfume.

In one of the upstairs rooms, a rocking chair that once belonged to the Low family sits on display. Often, guests and employees of the house have witnessed the chair rocking on its own, although no one is sitting in it. Many believe it is Andrew Low himself, relaxing and loving the sight of so many visitors enjoying his home.

The Ghost of Robert E. Lee

To many who’ve seen him, the ghost of an older gentleman dressed in a suit and hat undeniably resembles General Robert E. Lee. While no one has ever confirmed that it is him, the fact that the General was a close friend of Andrew Low and visited the Savannah mansion often is proof enough.

...the Andrew Low House is not without its mystery and intrigue.

Today, visitors to the city can tour the home which is now a museum open to the public. For those curious about the presence of ghosts, it’s an ideal spot to discover if spirits truly do roam the halls. On your next visit to Savannah, stop in for a tour and find out for yourself who is haunting the Andrew Low House. 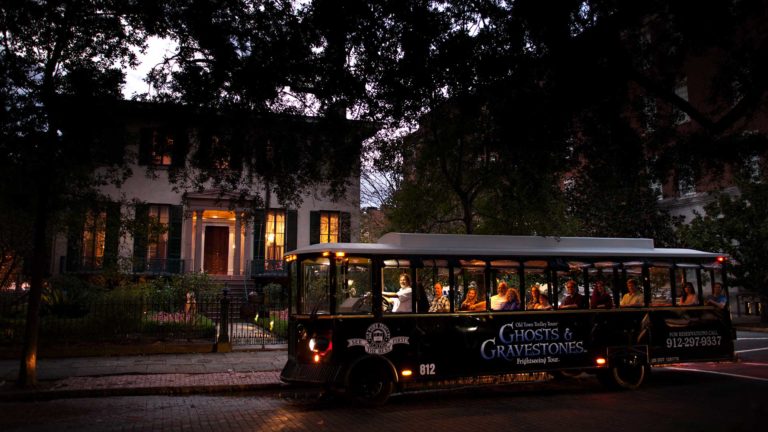