Take your seat on the Trolley of the Doomed and discover Key West’s darkest side—the side you can only see at night.

We’ll travel along the dark, narrow streets of Old Town, where centuries old wooden buildings are said to be the home of raging occupants, souls who’ve never moved on. Learn the gruesome details of some of the island’s most tragic deaths, ghastly residents and more as your Ghost Host takes you on a tour of Key West you’ll not soon forget. The Travel Channel deemed Key West as one of America’s most haunted places. Read onward and learn about our ghostly past. 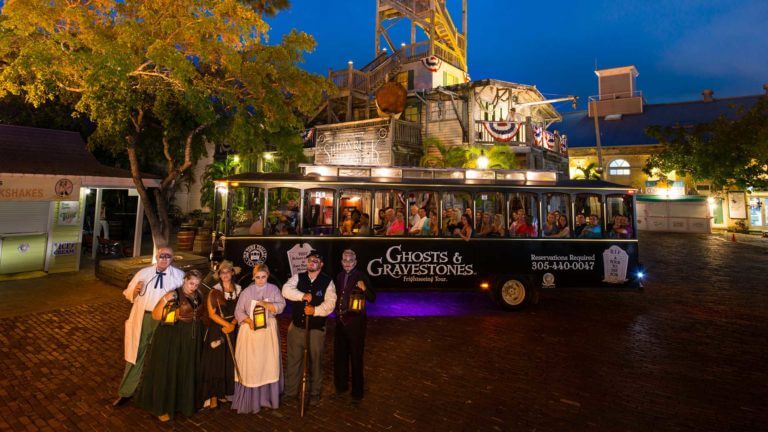 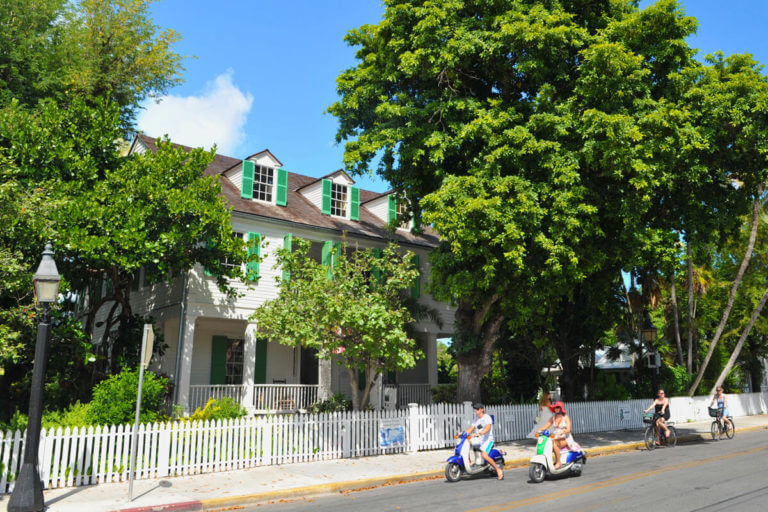 Located on Whitehead Street, the Audubon House is a beautiful museum showcasing the works of John James Audubon.

Audubon visited Key West and the Dry Tortugas in 1832 where he sighted and drew 22 new birds for his “Birds of America” collection. It’s here that many have seen the ghost of Captain Geiger, a well-known wrecker and the original owner of the house. The captain has been spotted on the balcony of the house and walking through the gardens. Theorists say he is still guarding his fortune which is believed to be buried on the grounds somewhere.

His daughter Hannah has also been the focus of paranormal energy. A portrait of her which was prominently displayed in the home seemed to emanate sadness, so much so that visitors were emotionally affected when viewing it. It became so obvious that the portrait was eventually relocated to a more isolated part of the museum after management of the museum reported hearing the sounds of disembodied voices and the sounds of children laughing and talking.

Built in 1889 by Francisco Marrero, a renowned Cigar Maker, the Marrero Guest Mansion was an elegant Victorian home that now is a charming bed and breakfast.

It is said that Francisco constructed the beautiful residence to lure his true love, Enriquetta, to Key West. His plan was successful and the two married and had eight children together. Tragedy occurred when Francisco passed away and a woman claiming to be his wife showed up on Enriquetta’s doorstep. Unfortunately, Francisco had never divorced his first wife and poor Enriquetta and all of her children were soon evicted and forced to live on the streets. When she left her home, Enriquetta said to the crowd that had gathered outside that she would always be there in spirit. Keeping her word, Enriquetta still lingers at her mansion. Guests report seeing her ghostly figure in various places within the hotel, most often in room #18. Others say they’ve heard the disembodied sounds of babies crying. On your next Key West vacation, why not stay at the lovely Marrero’s Guest Mansion to enjoy true island hospitality and perhaps a meeting with Enriquetta?

Named after President Zachary Taylor, this fort is known as Florida’s southernmost state park and was designated a National Historic Landmark in 1973.

Although no bloodshed from battles was ever spilled at this military icon, many people died on the grounds and within its walls. Between yellow fever, diphtheria and other horrific diseases, thousands of people perished. It’s not at all a surprise then that so many disturbing events have happened that can only be explained as the haunting by lost souls. Numerous reports of paranormal activity include the sight of soldiers lining up in formation, the sounds of gunfire and whistles and various cold spots within the downstairs section of the fort.

One of the world’s most popular vacation destinations, Key West has it all. Thousands of tourists come every year to indulge in the laid-back, relaxed lifestyle, beautiful weather, unique attractions, fascinating history and the abundance of paranormal activity!

The East Martello Fort was built in the 1860’s to protect Key West against a confederate assault by sea.

Even though the majority of those who lived in Key West were supporters of the Confederacy, it was controlled by the Union. Surprisingly, no battles ever took place on the island, and once the war ended, the East Martello Fort was abandoned. Today, the Fort is home to the East Martello Museum, a great place for visitors to learn about the history of the Island. It’s also the place to go if you’re in search of a paranormal encounter. The museum is home to Robert the doll, an eerie handmade doll that may have been dubbed as the The Original Chuckie. He was the beloved toy of artist Gene Otto and it’s said that whenever Gene got into trouble he would blame Robert the doll.

Legend speculates voodoo played a part in Robert’s making, while interviews with those close to the Otto family indicate a great deal of emotional energy was placed upon the doll. Whether it be Voodoo, spiritual possession, or a curse, what we do know is that there is some kind if intelligence associated with that doll.

Robert is visited by many Ghost hunters, psychics and others who want to witness some of the creepy events that have happened including Robert the doll actually moving by himself, the malfunction of people’s cameras and video equipment when trying to capture his picture, seeing him tap the glass and more. Are you a skeptic or a believer? 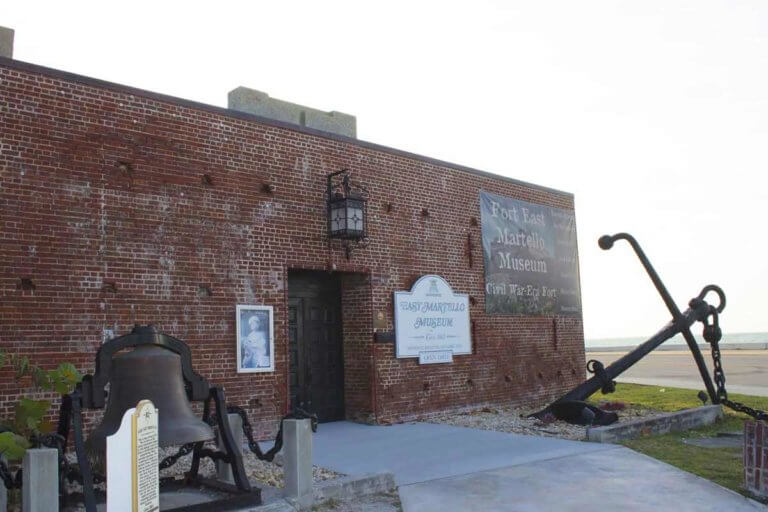